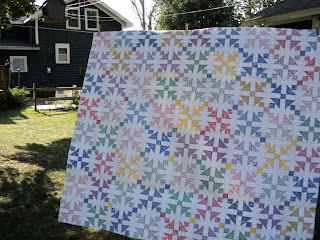 One of my oldest and dearest friends is Marla. I met her when our families worshiped at the same church several years ago.

When I was pregnant with Baby #2, my doctor suggested my labor be induced. Although I had delivered one baby before, being induced was kind of scarey to me. I could probably count on one finger the number of Christian friends I had at that time, and I wasn't even in touch with her in those days. As I thought about who can I call for prayer support, Marla came to my mind. Provident? Who knows; I am just glad for the way it turned out. We talked on the phone for almost an hour, and I found during that conversation that we were so much alike in so many ways. And so a friendship was born.

Our children were stair steps to each other in ages, so we went through the same trials of raising them in public education. One promise we made to each other was that should something happen to one of us, the other would make sure to keep in touch with the other's kids and see that they were taken to church and to encourage them as their mom would have. Thank God it never came to that.

Marla didn't work outside of their home. Her husband was involved in his family's business, and I envied the fact that she could stay home with her family. She did have a college education, but she never really had time to use it before the babies came along.

As there are potholes in every life's journey, she and her husband had their struggles. But then something happened that caused their marriage to completely fall apart. Suddenly she was left with no home, no husband, no money, and an almost worthless college degree.

Her next step was grad school to make that degree worth something. What should have been a two-year course ended up being three years for her as she had to have one refresher year first. So she buckled down, got herself a parttime job, and studied like crazy. In May she graduated with a 4.0 GPA and found herself a job. In a few weeks she will be moving to a new town.

When her graduation date was coming close, I went through my stack of unfinished quilt tops and chose this one for her. I used 30's prints and hand pieced the entire top. It has been machine stippled.

Congratulations, Marla! I'm so proud of all your accomplishments and your successes.
Love, mary

I press on toward the goal for the prize of the upward call of God in Christ Jesus. Philippians 3:14
Posted by Mary @ Neat and Tidy at Sunday, August 22, 2010

'And not only this, but we also exult in our tribulations, knowing that tribulation brings about perseverance'.. Romans 5:3

I was so touched by reading your post and I am soooooo happy for Marla to be able to receive your quilt and made with such love. It's beautiful, Mary and you have such a beautiful spirit.

God bless you abundantly and may He bring about abundant blessings for Marla.

What a wonderful friendship developed between the two of you!

And, how proud you are of Marla shows - I am sure she is thankful for having you for a friend.

The quilt is beautiful!!! I know she will love it.

I read this post with tears in my eyes. What a precious friend and what determination she has! Your quilt is beautiful. I cannot fathom hand piecing alone yet one that size. I'm so glad the Lord blessed both of you with the gift of friendship, just when you needed it most!

What a victory for Marla and a gift of love from you!! Great example of God never forsaking us.
Thanks for sharing. I love this pattern. Never made anything with the 30's print... this is a real beauty... Can't figure out if I love the pattern or fabric more. I wish you'd share the details of the pattern.

The quilt is beautiful!
What a wonderful friend you are.

Congratulations Marla! She's such a peach and I'm so happy that you two were friends. I love knowing her. The quilt turned out beautiful and I just know she'll love it.

You are a true friend, Proverbs 17:17.
I love the quilt, but your love for Marla reaches deep into my heart, and hers!

It is apparent that you are so grateful for your dear friend and that is a blessing in itself! Congratulations to Marla!

Congratulations to Marla, and you are truly a wonderful friend! I am sure Marla loves you and the quilt as much as you obviously do her...friends are treasures, you my friend are a treasure! Many blessings prayed your way, have a wonderful week!

I loved this post. U=I am sure that with alot of those stiches there was a ton of little prayers stitched in! What a wonderful relationship the Lord has given you! Thank you for letting us be a part of this special gift! It is soooooooo beautiful. I love it and so will she! You are a very special Lady, Mary!

Thank you for the sweetness that you left me. IT has been quite interesting this last week, but today was so much better. We know that God has a plan and we are walking it!~

You are such a sweetie and we are all blessed to have you as our friend!!!!!!
Blessings, Linda

I am not sure how that U= got on there. OOOPS It does look cute U=I hmmmmm friends! Smiling!
Me again

Beautiful quilt and beautiful friendship....You are blessed by giving and Marla by receiving this wonderful gift....
God is good indeed!!

What a neat story, so glad for a good ending. We never know what road we will travel down, but it's always good to travel it with a good Christian friend at our side.

Congrats to her for graduating with an excellent GPA!